At the beginning of the year, I knew I wanted to take time out for my writing and get away. I wanted to experience a new environment and get the creative juices flowing. I had in my mind that, what I’ve dubbed to everyone as “my solo writing retreat,” would result in a finished book and things would go smoothly as I prepare for the Writer’s Digest Conference in August.

Well, that wasn’t quite the case.

I decided to go to Syracuse, New York; I had a gift certificate to a hotel I had to use by August and I wanted to visit the Syracuse University’s  campus. I took a train from Cleveland to get there and it wasn’t too bad. I even did a vlog for this trip. (Just so one day I can look back on my struggles.)

But there were things I learned on what to do and what not to do for writing retreat. I think writing retreats can be done anywhere as long as you are out of the house and away from stressors that can hinder your writing.

Here are some things to keep in mind while preparing for your retreat:

Set goals based on what was accomplished  on first day

I went in without goals, but I had too many things in mind of what I wanted to work on and didn’t balance my time out better. While I did finish editing a chapter and got halfway through another, I had trouble taking the time out to write because I wanted to finish editing a chapter first. (I personally like to finish what I have in front of me before moving on to the next thing.)

By the last day, I had a hang of what I wanted to do and managed my time better to travel in a timeframe when you know can produce work.

Travel  in times you know you’re most productive

If you’re a night owl, now is not the time to switch up your schedule. Keep your body on a similar schedule as you do when you’re at home. You’re likely to get more work done than if you got up at 6:45 a.m. when you’re a normally still asleep. (Trust me, I struggled so hard one of the days.)

Say you’re in the library and you start to get tired , or the coffee shop is just to busy and distracting, just get up and move. Yes, you may have settled in for a little bit, but fighting with yourself about how much you don’t want to leaves you with wasted time. 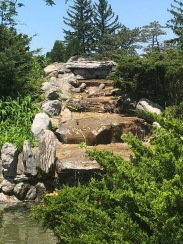 Fountain! Reference photo for my other project.

Another view of the park. 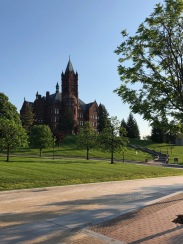 Walking around on Syracuse University’s campus. 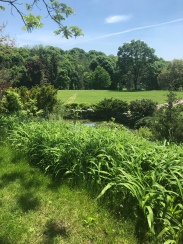 Another angle from the fountain. 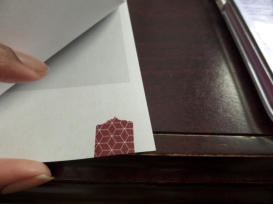 I used colorful washi tape to mark the end of my chapter to make it easy when removing them from the stack to edit. 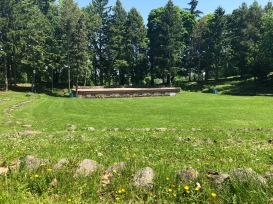 Thorden Park amphitheater area. I decided to work here for a bit on the last day. 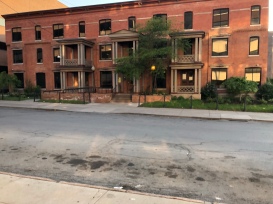 Another photo I plan to use as a reference. 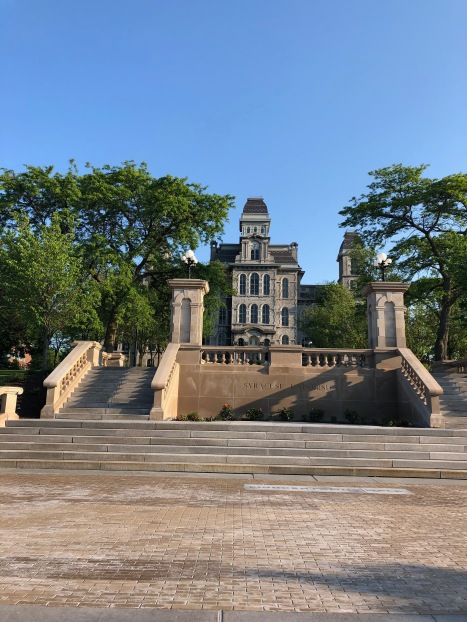 Another grand building on SU’s campus. I’m not sure of the name. 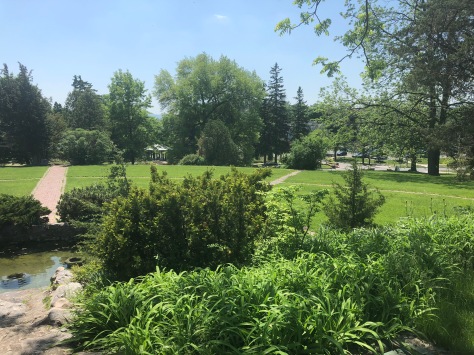 Exploring the park; some photos may be used for reference for one of my other projects. 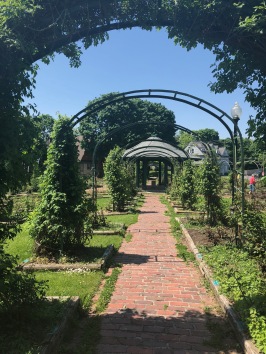 The rose garden at Thorden Park. The roses weren’t in bloom when I arrived; I was told I was a week early for them.
Pack light

For some reason I decided to bring my entire manuscript, instead of half.  I was bogged down with that, the notebook for Torque, my writer’s journal and my bullet journal.

In my mind, I figured I would be so productive that I would edit majority of my manuscript and finish the remaining chapters. That was not the case, but I did get editing done and a few thousand words under my belt.

This can be anything webinar, movie, YouTube videos on writing, and blogs…you name it.

Take notes on what you read or watch so you can reference it later. If you decide to watch a movie, watch for fun at first so there’s no pressure and rewatch it, taking notes the second (or third) time.

I watched “Lion” (2016) as my educational segment. There was so much emotion in this movie, which is something that I want to convey well in Torque. I haven’t done my rewatch yet, but I will in the next week.

While my list wasn’t super extensive, I hope some of these tips help in the future when planning for a writer’s getaway.

One thought on “What I learned on my solo writing retreat”